Skip to main content
Posted by King Of Traders

What Patterns Do I Look For? 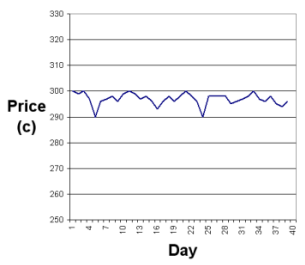 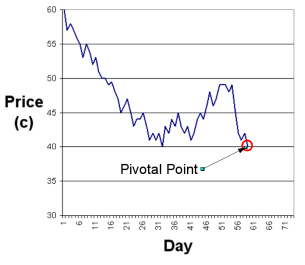 The Pivotal Point
Always have the patience to wait for the market to arrive at what I call a Pivotal Point before starting to trade.

Consider the chart on the left. The price had been trending downwards before rallying from a low of 40c. The rally could not be maintained, however, and the stock has retreated to 40c again. 40c has become what I called a pivotal point. Any significant move either upwards or downwards from the pivotal point would be traded.
If the stock were to break below, say, 37c, I would sell short. If it were to break above, say, 43c, I would buy. I would observe the price action carefully after the buy because 49c - the high of the earlier rally - is another pivotal point. If the price failed to rally above 49c - again by 3c, say - I would exit from the trade. 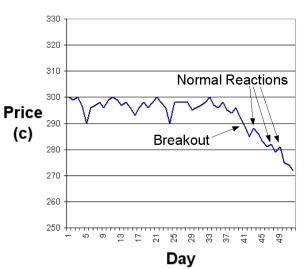 Once a stock had broken out of a trading range - such as the stock on the left, which has broken downwards - I would begin trading. In this case the breakout is downwards and so I would sell the stock short.
I would look for signs that the new trend was behaving normally and that it would be safe to stick with the trade.

The following signs I would look for:

Provided this pattern is repeated, it is safe to stick with a trade. If there should be a deviation from the pattern, it is a warning sign. If the pattern fails and the price moves against the trend by more than a little, it is a sign to exit your trade and preserve your profit. 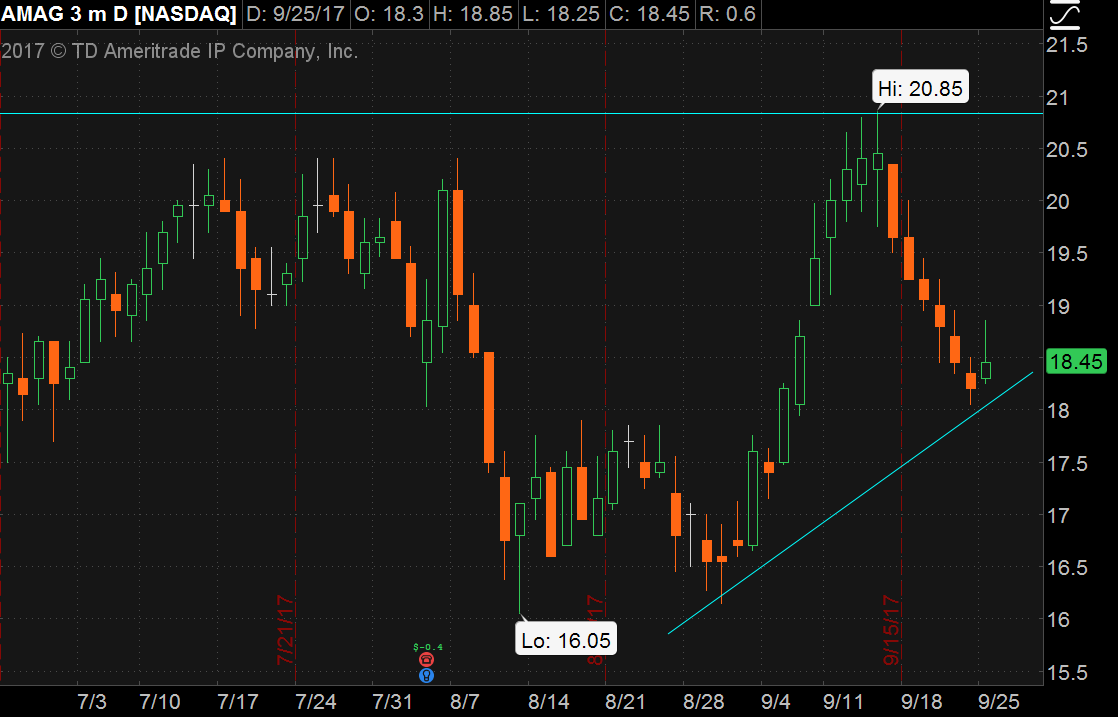